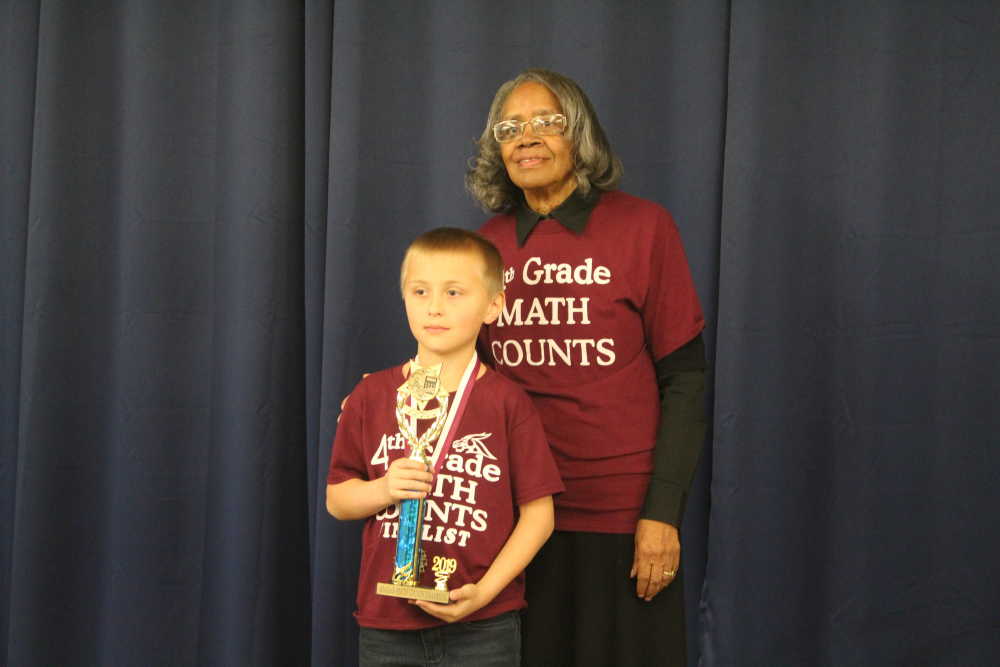 Aden Ward, a fourth grade student at Lake Road Elementary, stands with Kathern Harris after receiving his trophy for placing first in the Math Counts competition. Ward received a perfect score in the final round.
DAR/Michael Shine

Lake Road Elementary fourth grader Aden Ward received a perfect score in the last round of the Math Counts competition on Wednesday.

Kathern Harris, one of the organizers, said it isn’t very common for a student to receive a perfect score. However, this year’s students performed some of the best in the 12 years of the competition.

All Poplar Bluff R-I fourth grade student compete in the competition, which was over 300 students this year. Over the course of three rounds, the group of students is narrowed down to four finalists. It took six rounds to get to the finalists this year.

The competition is put on by the Butler County Community Resource Council in partnership with R-I schools and the Poplar Bluff Municipal Library, which hosts the final round each year. It comes out of the Children and Youth Succeeding in School Committee. Harris is the chairwoman of the committee.

Students are tested on their multiplication tables up through 12, with both speed and accuracy factoring in. For the last round, students were given two minutes to complete 60 questions, with the number correct counted as their score.

This year’s finalists included Ward and Alex Carter, from Lake Road Elementary, as well as Quinn Littles and Leynie Riggins from Poplar Bluff Middle School. The four only needed to complete one round in the finals.

Harris said the students overall were some of the best she’s seen since the program started. She said the average fourth grade student could complete 20 questions in a minute, but all of the finalists completed at least 30 in a minute during the earlier rounds. According to the R-I Academic Performance Report, math scores in the district went up overall in 2019 to 43.4% testing proficient or above.

“These kids were prepared, all of them, not just the one that got the perfect score, but the other kids as well,” Harris said. “It’s probably the best group. We had 19 with perfect scores after round three. That was great. I don’t think we’ve ever had that many before. This was just a super great year.” 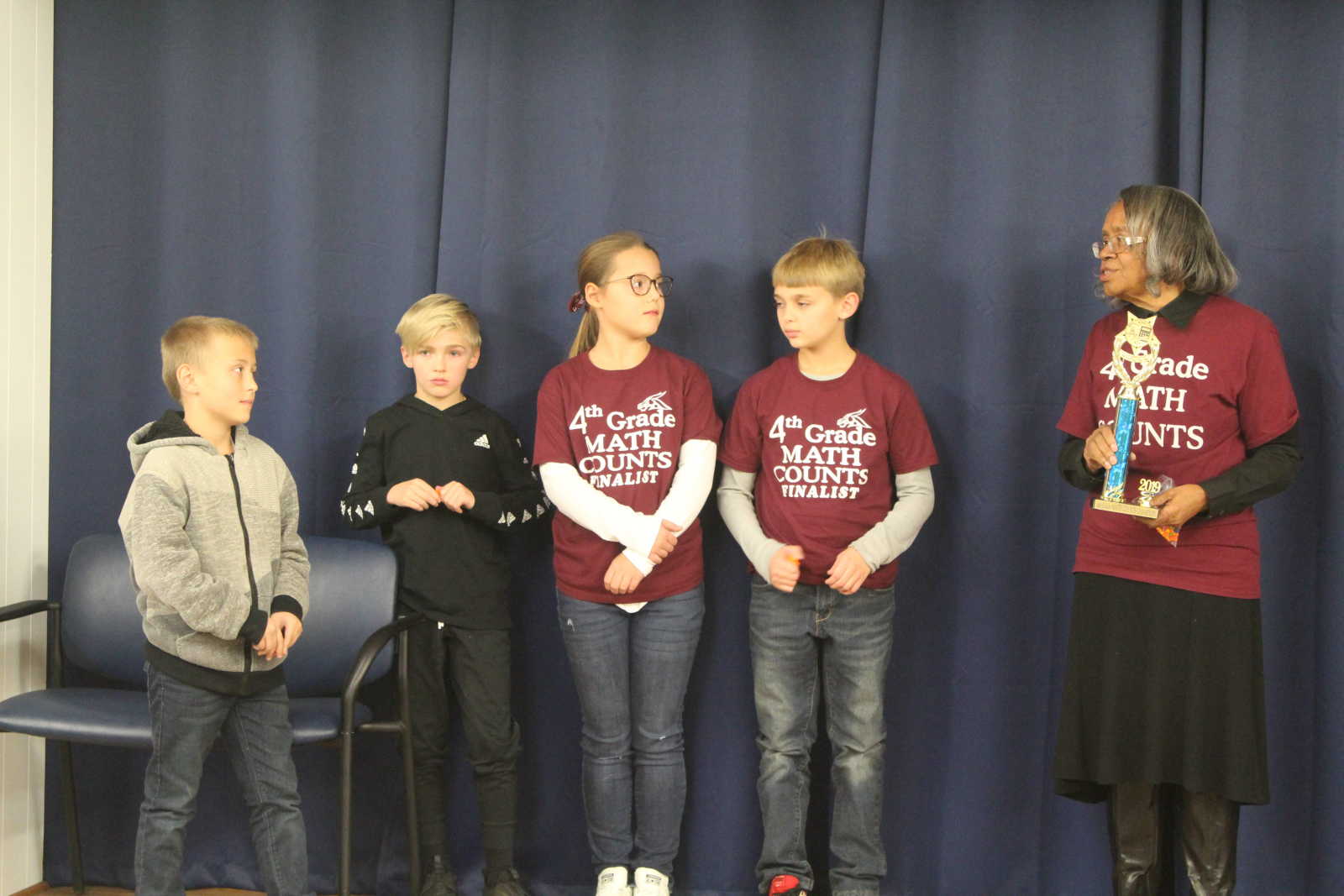 Respond to this story